Democratic Republic of Congo has the Potential to become Africa’s Richest Economy due to the Abundance of Mineral deposits like copper, cobalt, gold, diamonds, zinc, iron and uranium. DRC also has the second Largest Fresh Water river after the Amazon in terms of volume and also has the world’s Second Largest Tropical forest. The DRC has a Population of about 84 Million People and the Economy is Largely unexploited with Numerous Business Opportunities in the Mining Industry, Energy Sector, Construction and Real Estate, Food Processing and ICT Sector. 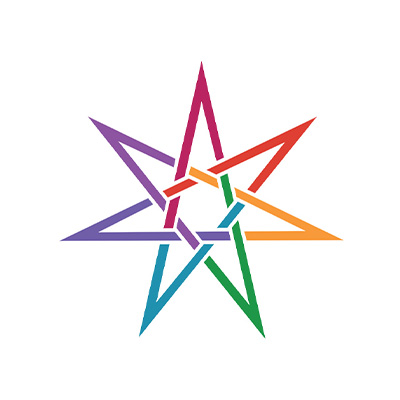 Article 309 of the Commercial Companies Uniform Act states that a limited liability company is a company in which the partners are liable for the company debts only to the extent of their respective contributions, and the rights of the partners are represented by the number of shares held by the partner in the company. A limited liability company can be established by a natural or a legal person, or between two or more natural or legal persons.

In Congo, there is no minimum share capital. The company is managed by one or more natural persons (gérants) appointed in the articles of association or in a subsequent instrument of the company. The SARL is more suitable to small-size businesses.

The shares’ nominal value is freely set in the articles of association. Should the company wish to make a capital call to the public, the minimum share capital in the company must be 100 million CFA Francs.

Unlike other forms of business structures, the shares in a public limited company may not represent contributions of the partners.

The public limited company is managed by a general manager (administrateur général) or by a board of directors (conseil d’administration) depending notably on the number of shareholders.

The Revised Commercial Companies Uniform Act created the SAS. This form of company [ SAS] offers far more flexibility to the shareholders and managers than the public limited company, which was the most commonly used vehicle for the implementation of foreign investments in Africa until now. With the introduction of the SAS, the OHADA zone benefits from a type of company more suitable for investment operations than those existing in other countries that boast similarly dynamic economies.

An SAS can be registered with no minimum share capital requirement and have both legal and natural persons as shareholders. Its mode of governance is flexible and can be tailored to the shareholders’ needs. The Commercial Companies Uniform Act provides that, subject to compliance with mandatory rules (for example, representation of the company by a president, exclusive power of the shareholders’ general meeting for some corporate decisions such as those relating to annual accounts and profits, share capital and the transformation of the company), the articles of association of the SAS can freely provide for the organisation, the management and the functioning of the company. This includes the possibility to appoint general managers, deputy general managers, an executive committee, and a supervisory board.

Such flexibility will allow setting up governance modalities adapted to the different profiles of the investors in private equity operations, but also within the framework of joint ventures between a local partner (for example, a national company) and a foreign partner.

Article 114 of the Revised Commercial Companies Uniform Act states that partners may agree to not register a company. The non-registered company (which can be a joint venture) has no legal personality and is not subject to registration with the RCCM.

Articles 854 et seq of the Revised Commercial Companies Uniform Act and articles applicable to partnerships (sociétés en nom collectif – SNC) also apply to such non-registered company, notably the liability of the shareholders, which can be unlimited.

Article 116 of the Commercial Companies Uniform Acts states that a branch is a commercial or industrial establishment or services belonging to a company or individual which acquires a certain autonomy of management. The branch may be established by a company or a natural person. A branch does not have a distinct legal personality separate from the company or owner. It is subject to the national laws of the member state. However, it must be registered with the Trade Register.

How we can help you

If you are considering forming a business or you need expert help with company registration in the Democratic Republic of Congo, LegalGenius™ is ready to assist you with its skilled team of lawyers, consultants and tax experts. We are committed to making the process as stress-free and streamlined as possible for you, and we will take care of all your document preparation and administrative tasks regarding the registration forms, payment of government fees, local address registration, banking support, etc., whilst always keeping your exact objectives and unique vision in mind throughout the process.

Please use our Company Formation Wizard if you would like to set up your registered company in the Democratic Republic of Congo or if you would like to know the costs involved prior to proceeding with our exceptional services. For other queries and special requests for complex or customised company formation services, please contact us at legal@7geniusgroup.com

We use cookies to ensure that we give you the best experience on our website. If you continue to use this site we will assume that you are happy with it.OkPrivacy policy